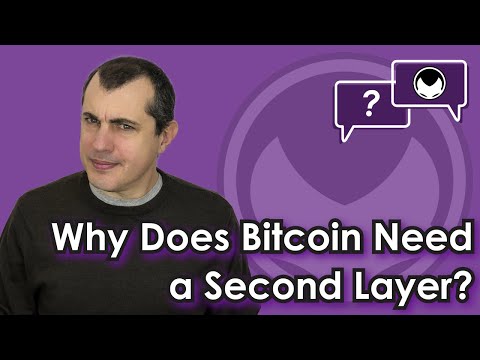 S&P futures slumped into the red, following a drop in European stocks while Asian shares traded mixed in a subdued day of trading thanks to Thanksgiving holiday; the big moves were in FX where the pound jumped, the euro strengthened and the dollar slumped after a draft deal on post-Brexit ties was tentatively agreed.

US cash markets may be closed, but futures are open, and overnight the Emini slumped to Wednesday's session lows before rebounding modestly.

Europe’s bourses dropped back into the red on Thursday as investor worries mounted about slowing global growth in the face of rising U.S. interest rates and trade tensions. The Stoxx Europe 600 Index dropped as much as 0.9%, giving up much of Wednesday’s gains as almost every sector fell, led by basic resources and banking shares. The biggest decliners include BAT -1.9%, Total -1.1%, HSBC -1%, AstraZeneca -1.1%, although trading volumes were lethargic. Italy was under pressure in both stock and bond markets as sparring resumed over its budget plans. Some disappointing big-name earnings added to the gloom.

Europe’s tech sector lost another 1.2 percent, but it wasn’t the worst performer. Banks were 1.6 percent weaker and mining companies and other resources firms were down nearly 2 percent and approaching a one-month low, reflecting the bitter Sino-U.S. trade war, encouraging investors to take money off the table before U.S. President Donald Trump and his Chinese counterpart, Xi Jinping, meet in Argentina next week.
The pound soared, rising sharply above 1.29 and gilts fell as a draft Brexit deal pointing to deep ties between the U.K. and European Union as well as a solution to the Irish border question was agreed at a “political level,” according to the EU. Enthusiasm was dented however after Reutrers reproted that Spain will vote against the current Brexit draft proposal because of a lack of clarity on Gibraltar.

Earlier, Asian indexes swung between gains and losses before turning higher, with Japanese stocks getting an end-of-session boost on a report about a possible government rebate. MSCI’s broadest index of Asia-Pacific shares outside Japan had ended little changed after recovering from an initial wobble. The index has managed to hold up so far in November after three straight monthly declines, but is on track for its worst annual performance since 2011. Japan’s Nikkei had finished almost 0.7 percent higher but Chinese shares closed 0.4 percent in the red.

Stocks in Europe faded early gains and S&P futures fell after a mixed session in Asia as chip stocks were taken to the woodshed on poor guidance from Nvidia and Applied Materials sparked fears that the chip bull run is over, while investors wondered whether China and America can de-escalate their trade war after mixed signals by US officials just days before the G-20 summit.

The euro failed to rebound while the sterling halted its biggest drop in 2 years after some of the most dramatic 24 hours yet in the Brexit process and another turbulent week for world markets. With reports of a UK leadership coup still rife and fear that the country could crash out of the EU without an agreement, cable struggled to rise above $1.28.

Meanwhile traders around the world were waiting for an outcome from the ongoing Brexit saga: “If and when a vote on the withdrawal agreement occurs is uncertain. Whether the withdrawal bill is passed by both houses of Parliament is uncertain,” Joseph Capurso, a senior currency strategist at CBA, said in a note. “Whether the Prime Minister resigns or is challenged for the leadership is uncertain. And, whether there is a second referendum and/or an election is uncertain.”
Fears over political turmoil in the UK and Italy dragged Europe's Stoxx 600 back into the red, set for its first weekly drop in three, trimming Friday’s gain as AstraZeneca's drop weighed on the gauge after a cancer-drug setback while telecom names were outperforming. Utilities started the session lower in the wake of yesterday’s ECJ decision which deemed the UK’s scheme for ensuring power supplies during the winter months as a violation of state aid rules. Other individual movers include Vivendi (+4.2%) sit at the top of the Stoxx 600 after posting impressive Q3 sales metrics and announcing a potential sale of part of their Universal Music Group division. Elsewhere, AstraZeneca (-2.3%) and Shire (-1.3%) have been seen lower throughout the session after both posting disappointing drug updates.
Not helping sentiment, ECB head Mario Draghi said the bank still plans to dial back its stimulus at the end of the year, but acknowledged the economy had hit a soft patch and inflation may rise more slowly than expected. “If firms start to become more uncertain about the growth and inflation outlook, the squeeze on margins could prove more persistent,” Draghi told a conference.
Earlier in the day, Asian shares ended the session in the red (MSCI Asia -0.2% to 151.52), led lower by declines in Japan, even as China and Hong Kong rose after initial reports the United States might pause further China tariffs were denied by Commerce Secretary Wilbur Ross who damped hopes of any imminent trade deal with China. The Nikkei fell 0.6% pressured by a drop in the USDJPY after China Mofcom began an investigation into alleged dumping of machine tools by Japanese firms. The Hang Seng (+0.3%) and Shanghai Comp. (+0.4%) swung between gains and losses after continued liquidity inaction by the PBoC which skipped Reverse Repos for a 16th consecutive occasion.
S&P futures were hit on fresh slowdown concerns, this time out of the semiconductochip space, after Nvidia gave a dire sales forecast, projecting a 20% drop in revenue while a disappointing outlook from Applied Materials indicated the chip industry is holding off on expansion plans in the face of a murky outlook for electronics demand. The chipmaking sector saw another bout of selling in Asia, wiping at least $11.2 billion in market value amid signals that demand for servers, personal computers and mobile is falling.

Letter to the portfolio manager of a relation of mine

This is a letter I have sent to a relation of mine's portfolio manager. This is an obvious throwaway and I really am not interested in giving specifics. I'm just reproducing it here so that if others are thinking of approaching their managers, they have something as a basis for their conversation.
 I am [a relation to your client]. I think that we may have spoken once in the past regarding aspects of the portfolio for [your client].
[They have] asked me to write you about some of the developments with respect to Bitcoin as a diversification option for this portfolio. I understand that [they have] put in a call to you and would like to discuss this further, and [they] wanted me to give you some materials on recent events and analysis with respect to Bitcoin.
There was recently a Wall Street Journal article covering this topic http://online.wsj.com/news/articles/SB10001424052702304607104579212101356897382
The article tells of a paper by Marie Brire, an associate professor at Universit Paris Dauphine in France, co-authored by Kim Oosterlinck and Ariane Szafarz of the Universit Libre de Bruxelles in Belgium, that concluded that a small allocation to bitcoin, perhaps 3% of a well-diversified portfoliocould improve one's risk-return trade-off. It also has several statements by Raoul Pal, a former hedge-fund manager and founder of the Global Macro Investor, and concludes these by saying he, more conservatively, put a small slice of his portfolio—between 1% and 2%—into the coins.
There have recently been senate hearings on bitcoins and other virtual currencies, and these have been notably positive. http://www.bloomberg.com/news/2013-11-18/u-s-agencies-to-say-bitcoins-offer-legitimate-benefits.html Even Ben Bernake wrote a letter to the senate committee stating that bitcoins are not directly under any regulatory regime and that they "may hold long-term promise, particularly if the innovations promote a faster, more secure and more efficient payment system.” http://www.businessinsider.com/ben-bernanke-on-bitcoin-2013-11
We had discussed investing a small amount of [your client's] portfolio with you in the summer of 2012. At that point in time, if a 1% allocation (about [some amount]) had been done, then the value of those coins today would be about [100 times that amount]. While a lot of the upside of Bitcoins have been realized in this time, we feel that Mr. Pal is right in his assessment that there is still value in investing now.
Sincerely, [My name]

Bitcoin Q&A: Why Does Bitcoin Need a Second Layer?